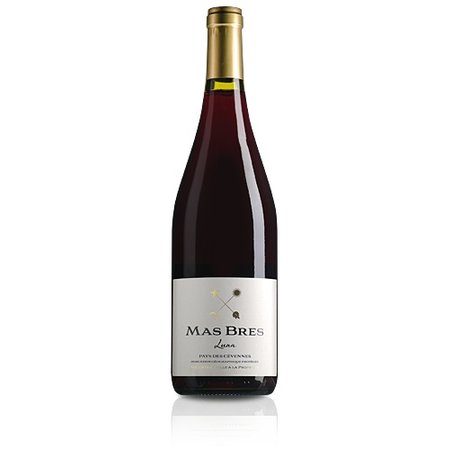 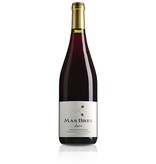 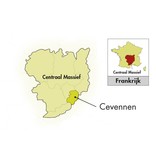 Beautiful French red wine with the smell of ripe red fruit and herbs. The taste is deliciously smooth and fresh. Well in place with cold dishes but also nice with chicken or pork from the barbecue.

Maurice Barnouin does not shy away from the experiment and assembles for the red Mas Brès merlot cabernet sauvignon carignan grenache pinot noir and syrah. A remarkable combination; we do not know any other winemaker who does this. And what a great result! Here too, a strict selection of ripe and healthy grapes ensures minimal effort in vinification. Maurice makes the Mas Brès red in his own words 'sur le fruit' (on the fruit). This means that he does everything to preserve the fruity characteristics of the grape, such as carefully avoiding contact with oxygen. After fermentation, the ripening of a few months 'sur l' makes for a smooth round taste. You must discover this special red wine!

Maurice Barnouin is undoubtedly the most successful winemaker in the Cévennes. This region named after the mountain range of the same name is located in the Massif Central in the south of France. Mas Brès is located near the Pont du Gard on the west side of the Autoroute du Soleil. Maurice's father settled in this region in 1959 and bought a dilapidated wine estate with more fruit trees than vines at the time. He was one of the first winegrowers to start planting 'nobel' grapes from the vitis vinifera species in the first instance for their own wine production.

Later he also sold these qualitatively superior grape varieties to others. There was a need for this: in the sixties it was still very common to use hybrid varieties. Although they had a large yield, the grapes were unfortunately of poor quality. Barnouin developed into a winemaker and supplier of vines and experimented with numerous varieties. He now has grapes that may not be area-specific, but they do an excellent job in the high and relatively cool vineyards. In 2010 his son Maurice started with the exploitation of Mas Brès. He immediately chose the road of organic wine production. A logical choice for the man who is convinced that quality wine is made in the vineyard!