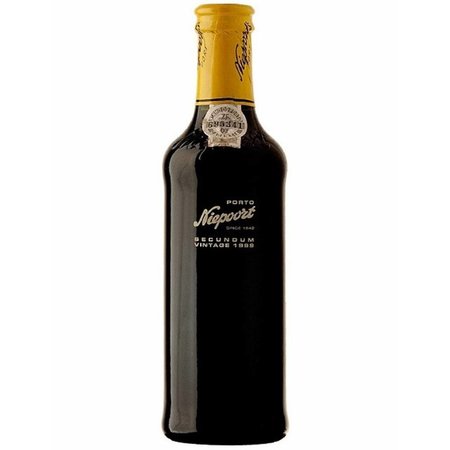 Ports without an indication of harvest year are composed of ports from different harvest years. A vintage port comes from a single harvest year. This port matures up to 2 years before bottling and belongs to the rubytype ports. This type of port develops further in the bottle and can often mature for many decades. Vintageports are only made in the best harvest years and only from the highest quality grapes.

No port house is managed in such a personal way as Niepoort. Responsible for this personal management style is the young and enthusiastic Dirk van der Niepoort, descendant of the sixth generation of the originally Dutch founders of Niepoort. The Dutch passport is still proudly worn by the current owners. The house was founded in 1842 by the Dutchman Eduard Kebe. Five years later, Franciscus, the first Van der Niepoort in the house, became his partner. When Kebe died a short time later, the port company became fully owned by Van der Niepoort. In recent years, Dirk van der Niepoort (1964) has paid a lot of attention to the quality of all ports made by the house. Among other things, some beautiful vineyards were acquired, the best guarantee for top quality fruit. The main purchase was made in 1989, when 50 hectares of the best vineyards were purchased, divided into two beautiful quintas: Quinta de Nápoles and Quinta do Carril. Two quintas located in the heart of the Port region, where the best vineyards are located. Quinta de Nápoles is beautifully situated on the Rio Tedo, a side branch a short distance from the Douro itself. Own vineyards are important not only for controlling the quality of the grapes, but also because the increased popularity of port makes the purchase of grapes increasingly expensive.

Niepoort especially has a great reputation in the field of Colheita port, tawny port from a single vintage. But also the 'ordinary' ruby and tawny are of excellent quality, and the vintageports are famous. The wines of the Quinta do Passadouro, purchased in collaboration with the Belgian Dieter Bohrmann, are the provisional crown on the work. Dirk van der Niepoort gave his port house its own face in an inimitable way, with elegant ports, with the accent on the slightly sweeter type, resulting in accessible, and above all very tasty ports.