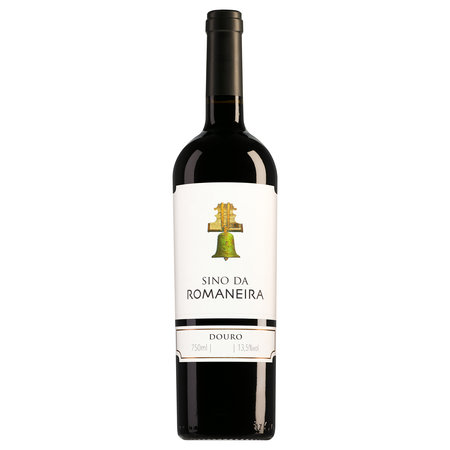 Cristian Seely, also responsible for several famous châteaux in Bordeaux, is a man on a mission: to demonstrate that the Douro terroir is exceptionally suitable for making world-class red wine, which can compete in quality with, for example, Bordeaux, Bourgogne or Rhône .

That's why Seely and winemaker Carlos Agrellos make not only a wonderful range of Ports at Quinta da Romaneira, but an equally great range of red wines. To that end, the two have the perfect terroir: all of the historic, steep-sided terrace vineyards along the meandering Douro River are classified as Grade A, the highest qualifier in the Douro.

The Sino da Romaneira was made entirely after the example of the famous Cru Classé Bordeaux as Romaneira's second wine. The assembly consists of touriga franca, tinta roriz, touriga nacional and tinto cão. The grapes fermented for five to six days in stainless steel tanks at a controlled temperature of 25-28 degrees. After fermentation, the wine is aged in oak barrels for ten months.

This ensures that the Sino remains fruitier and more accessible than its big brother Quinta da Romaneira. With its dark, juicy fruit and tones of spices, the Sino is an elegant and structured Douro, which tastes perfect, for example, with a piece of grilled red meat. And his name? It derives the wine from the bell (sino) that hangs at the entrance gate of the domain.